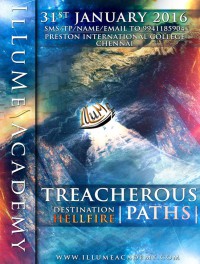 Allaah sent our beloved Prophet Muhammad (peace be upon him) after the kufr (disbelief) had veiled the face of Eemaan (faith).
He (peace be upon him) eliminated the darkness with the light of truth, and removed the veil, and guided the people to the one and only straight path leading to Paradise, leaving them on a white platform in which there are no delusions or misguidance.

Islaam is a religion of unity. It teaches the Oneness of Allaah (Tawheed), which is the fundamental principle of this religion, and it enjoined all people to unite on that and cast away anything that may lead to conflict and division, and it emphatically forbade splitting and differing from one another.

However, when the guiding light's (Prophet) presence vanished, the haze of darkness arrived, and desires returned to generate innovations and to make narrow path that had always been wide.
So, the majority disputed over matters of the religion and became different sects, and Shaytaan became active. He deceived and camouflaged, and he gathered and divided.

This religion has one path, one direction and is based on one methodology—that which the Prophet of Islaam Muhammad (peace be upon him) followed along with his companions. This religion which Allaah has chosen for mankind is not subdivided into different sects nor does it divert into different paths. However, a number of people have gone astray and corrupted the religion, forming many different groups that bear no relation to Islaam.

Come! lets learn the realities about some of those treacherous paths established in the history of Islaam which divided this ummah and distracted them from the true path.

The Treacherous Paths
YOU DON'T WANT TO MISS THIS!!!