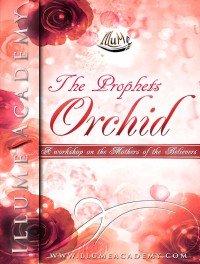 From deep in the desert of seventh century Arabia, comes the best lessons for WOMEN of ALL TIMES.

11 women - each graced with knowledge, wisdom, morals, and blessed with the companionship of the 'best of the mankind'

Come witness the emotions: assuring the husband after the first revelation, accused of adultery, father killed in the battle, former jewess, daughters of hostile tribes, marriage contract from the heavens.

Let us learn from our mothers - the Ummahat ul-Muminin