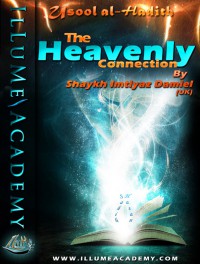 Are you ready for the Zaid act?

The time has come! Arm yourself with the combat kit! Learn the art of Usool al-Hadith (The Sciences of Hadith ). Learn how the Sunnah was protected by Allah and how it was a revelation alongside the Qur'aan. Adorn the armor of Mustalah al-Hadith. Take guard with the shield of 'Ilm ar-Rijaal (The Science of Men) and Al-Jarh wa at-T'adil (The Science of validation). Learn about the great Knights of Islaam, like Imam al-Bukhari , Muslim and others. Get introduced to their books and fortify yourself with their knowledge.

Arise! Take guard! Get ready for the Zaid act!

Why should you attend?

Abu Abd Allah Imtiyaz Damiel was born in Blackburn, England; and he is married, with two children. He completed five years of an Alim training course and A-levels in Blackburn. He then went on to complete a BA Hons degree in Arabic and Islaamic studies at the University of Leeds.

His thirst for knowledge had earlier taken him to study in San'a and Toronto as well. His other areas of study include educational & child psychology, orientalism and comparative religions. Sheikh Imtiyaz has also worked as chief editor for a number of organisations and is presently an instructor at Knowledge International University. He has also written over thirty articles and research papers. In his spare time he likes swimming, football and reading. He is also an avid book collector.

"Even the non Muslim Uncle Abu Talib protected the Prophet(sallallahu 'alayhi wasallam), What about you?"